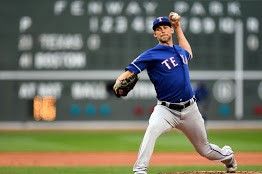 The Oakland Athletics have acquired LHP Mike Minor from the Texas Rangers in exchange for two players to be named later.

The A\’s are almost guaranteed to make the playoffs. Their bullpen is amazing, their lineup is good although guys have underperformed, but the rotation is weak. Chris Bassitt and Jesus Luzardo are the only starters with an ERA under 4.00. While like Sean Manaea and Frankie Montas, the top two pitchers in the Oakland rotation, Minor has had a bad start to the season, he has shown that he can be a two or three pitcher in a rotation. Minor, who missed 2015 and 2016 with injuries, came back as a reliever in 2017 before transitioning back to being a starter after signing with the Rangers. Last year, Minor had a 3.59 ERA with 200 strikeouts, and finished 8th in Cy Young voting, but his 7.8 WAR led pitchers. While he has an 0-5 record through seven starts this year, the pending free agent is a valuable pick-up for Oakland.

The Rangers are 12-21, and they aren\’t making the playoffs. They will be selling off their rotation, as both Minor and Lance Lynn were heavily rumored to be dealt, although Lynn still remains in Texas at the moment. The two players to be named are likely minor leaguers not on the 60-man player pool for the A\’s.