In the 4th edition of a day in hockey, there was 3 NHL games. Here are the scores:
Ducks 2, Islanders 3; Sabres 6, Oilers 2; Hurricanes 3, Canucks 4.
Those were the scores.
The 3 stars of the day were:

3. Markus Granlund. The Canucks center had both a goal and an assist when his team was down 3-0 to give them a 4-3 comeback win in OT.
2. Brian Gionta. The captain of the Sabres had a pair of goals vs. Edmonton to lead his team to a 6-2 win. 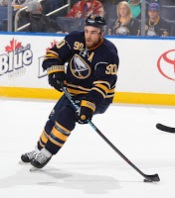 1. Ryan O\’Reilly. Like his teammate Gionta, O\’Reilly had 2 goals AND 2 assists to also help lead Buffalo to victory.

And those were your 3 stars of the day.

There was a fair amount of news coming out of a day with just 3 games. The top headlines are:
Red Wings set for last home opener at Joe Louis Arena. Josh Bailey and Brandon Sutter get OT winners for their teams. Carey Price skates, won\’t play Tuesday. Maimonides Medical Center shows support for Islanders before their home opener by dressing its resident newborns in orange Islanders onesies.
And that will conclude the 4th edition of a day in hockey.

Here are the 3 stars of the day:

2. Richard Panik. Panik\’s hatrick led the Blackhawks to their first win of the season, a 5-3 victory over Nashville. 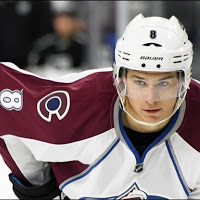 1. Joe Colborne. In his Avalanche debut, Colborne recorded a hatrick to power the Avalanche a 6-5 win over Dallas. Head coach Jared Bednar got his first win as a head coach because of Colborne\’s goals.

Those were your 3 stars of the day.

In the NHL, there was a lot of news. First, Mitch Marner scores first NHL goal, and his mom misses it. Canuck Loui Eriksson, in his Canuck debut, scores in his own net. G Carter Hutton wins his Blues debut. Maple Leafs name top 100 players all-time, and retire 11 numbers, including Dave Keon, who was named no.1.

And that\’s the end of the 3rd edition of a day in hockey.

In the second edition of a day in hockey, there was 3 NHL games. Here are the scores:
Blackhawks 2, Predators 3; Oilers 5, Flames 3; Flyers 4, Kings 2.
Here are the 3 stars of the day:
3. Ryan Johansen. To start his first full season with the Preds, Johansen recorded an assist on all 3 of the Predators goals to lead them to a 3-2 win.
2. Sean Couturier. To open up the Flyers\’ season, Couturier\’s 2 goals were the difference in a 4-2 win.
1. Connor McDavid. The Oilers\’ captain scored 2 goals and had an assist on Wednesday\’s game against the Flames. This time against the Flames, McDavid had a goal and 2 assists and now has a total of 3 goals and 3 assists (6 points) in 2 games.

And those were your 3 stars of the day.

There wasn\’t much news coming out of the day but P.K. Subban, who was acquired in the biggest trade of the off-season, scored in his Predators debut.
And that\’s going to conclude the second edition of
a day in hockey

In the first edition of a day in hockey, we had 9 NHL games. Here are the scores: Islanders 3, Rangers 5; Bruins 6, Blue Jackets 3; Canadians 4, Sabres 1; Panthers 2, Devils 1; Lightning 6, Red Wings 4; Jets 5, Hurricanes 4; Blues 3, Wild 2; Penguins 3, Capitals 2; Stars 4, Ducks 2.
Here are the 3 stars of the day:
3. Patrik Laine. In his NHL debut, on the powerplay, Laine from Alex Ovechkin\’s powerplay spot, shot one top shelf for his first of his career, like Ovechkin. He than registered his first NHL assists with 89 seconds to go on a game tier.

2. Andrew Cogliano. In the Ducks\’ season opener, Cogliano scored both his teams goals but in the losing effort.
1. Thomas Vanek. In his Red Wings debut, Vanek scored twice to show the Wings organization/fans what he brings to the team.

So there are your three stars of the day. 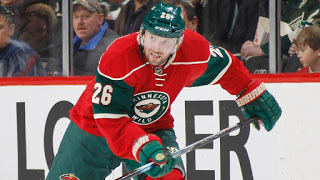 In the day\’s NHL news, C Rickard Rakell signed a 6 year deal with an average annual value of $3.8 million. Plus, LW Evander Kane out weeks with cracked ribs. Also, C Bryan Little out indefinitely with lower-body injury.
So that\’s the end of the first edition of \”a day in hockey\”

The Washington Capitals are coming off a presidents trophy win last season but once again they flopped in the second round and didn\’t make the conference finals. Besides the playoffs, the year was amazing for them. As I already said, the Capitals won the presidents trophy for best team in the NHL for the regular season. Also, LW and captain Alex Ovechkin won the Maurice Richard trophy (most goals) again. Goalie Braden Holtby won the Vezina trophy (best goalie). Plus center Evgeny Kuznetsov had a breakout year leading the team in points with 77. In the off-season, their main loss was when forward Jason Chimera signed with the Islanders. They signed RW Brett Connolly and traded for C Lars Eller.
Ovechkin, Kuznetsov, C Niklas Backstrom and RW T.J Oshie lead an amazing offense. John Carlson, Matt Niskanen and Karl Alzner lead a nice defensive core. Holtby is a top 3 goalie in the league but Philipp Grubauer isn\’t the greatest backup to have but he\’s okay.
In the first round of the 2016 NHL draft, the Capitals selected D Lucas Johansen with the 28th overall pick. With Karl Alzner\’s contract up this year, the Capitals went out and drafted another defenseman. Johansen will most likely be a top 4 defenseman in the future.
The Capitals\’ projected lines look like this:

In net is Braden Holtby and Philipp Grubauer.
RW Brett Connolly and D Taylor Chorney are scratched.
Finally, for my prediction, the Washington Capitals will make the playoffs in 2016-17.